Last Saturday of Jan. we celebrated the birthday of William Stafford, born in 1914 (the Sat. closest to his birthday was snowed out). The meeting room of the Watkins History Museum was filled for over 3 hours as people read his poems, reminisced, and read poems inspired by Stafford. Thanks to Ronda Miller for organizing this, the Kansas Authors Club, and the museum staff. Here are my remarks as I continue to think about this important man from western Kansas:

How I Use William Stafford’s Writing as a Model by Denise Low (c. 2019)
This title is false. I use William Stafford’s life as a model for living, and writing is an aspect of his influence. I met him often enough when I was beginning to write that I imprinted on him as a mentor. When I was co-editingCottonwood Review in the 1970s (with Mike Smetzer),  we corresponded with him regarding publication of a suite of poems. He came through Lawrence not long after, so then I met him in person. We had rejected a few of his poems—and I had been surprised to see some less good work from him. I worried he might have taken offense, but he opened his reading with the humble, “Editors are our friends. They help us publish the best work.” So I learned his generosity of spirit. 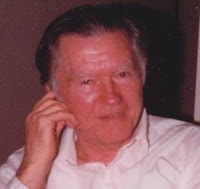 In 1990 when editing Kansas Poems of William Stafford, we corresponded and exchanged some phone calls. He was ever considerate. He was born the year before my father and within a few miles. He had the same dialect, in which he expressed similar dry humor and stern work ethic. I took him as a poetry father. Familiar were his models of submerged ego, moral sense of community responsibility, and aesthetic appreciation for nature. Once I read about an educational analysis of the most effective teaching techniques. The conclusion was that it didn’t matter what pedagogy a teacher used, but the students learned the most from passionate teachers. We remember not exact geography lessons from fourth grade, but more, we remember the presence of that teacher. Stafford is memorable as a passionate poet and my guide.

Stafford’s lessons are with me every time I read his poetry. The most important thing is that a poem is a living entity. It has a continuous existence within the webwork of language, where it enters the stream of literary tradition, in however humble or lofty a position. Joseph Harrington has written a book about newspaper poetry of the 19th century, a subgenre of the tradition and valuable in its own way. With print, electronic, and oral archives, poems continue to exist in a communal cache of language.
A living poem needs to be an ember that has shape, texture, color,  smell, and heat (or cold). It pares down all extraneous “function” words like articles, prepositions. Too many adjectives and adverbs also slow down a poem, as well as repetitions. Most of all, a living poem is fresh, without cliché of language or thought. To be memorable poems within that literary fabric, the verbs need to ignite an immediacy.  This is Stafford’s genius. 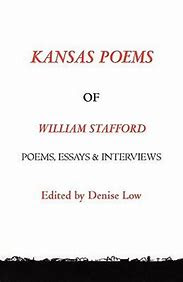 Treating a poem as a living entity also defines its shape—the sonnet-like lyric is Stafford’s best métier, and perhaps mine as well. It is brief enough to sustain a poem’s flame yet long enough to spin out a brief story and resolution.

And the most important thing: the living poem has electricity when its surprise is revealed. This is the turn or verso or koan-like moment. In “Traveling Through the Dark” it is the place where the narrator reveals a live fawn is within the belling of the dead deer, and Stafford pauses the poem, “I hesitated.” This is unexpected, and the lack of action speaks more than the final lines when he pushes the doe “into the river.” In this hesitation, the real action occurs—moral reflection on mortality and machinery’s toll on nature. This is at the end of the third stanza (of five), and the sentence ends with an emphatic full stop and stanza break. That twist is where readers join the poet in an eternal moment of discovery.

I have thought about Stafford’s legacy for five decades. Other poets also write about nature, social activism, the Great Plains culture, and history. Stafford uniquely creates an eternal present in his works through skillful manipulation of verb tenses and stories. Each of his poems, implicitly or explicitly, shows awareness of the living nature of poetry.
Posted by Denise Low at 10:56 AM