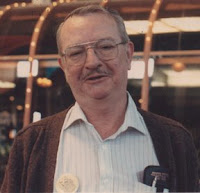 Follow this link to a review of a new book by Jan Beatty, a Pittsburgh, Penn. poet. The review is by Jane Ciabattari, president of National Book Critic's Circle.

You may listen to 2 pieces by Robert Dana at the Boundoff literary site:
http://boundoff.com/. Bravo!

Robert Dana's most recent books of poetry are The Morning of the Red Admirals (Anhinga Press, 2004) and Summer (Anhinga Press, 2000). He also edited A Community of Writers: Paul Engle and the Iowa Writers' Workshop (University of Iowa Press, 1999); and Against the Grain: Interviews With Maverick American Publishers (University of Iowa Press, 1986.) Dana graduated in 1954 from the University of Iowa Writers' Workshop where he studied with Robert Lowell and John Berryman. He has served as Distinguished Visiting Writer at universities in the US and abroad; and after 40 years of teaching at Cornell College he retired in 1994 as Professor of English and Poet-in-Residence. His work was awarded National Endowment fellowships in 1985 and 1993, the Delmore Schwartz Memorial Poetry Award in 1989, and a Pushcart Prize in 1996. He is currently the Poet Laureate of Iowa.

Riding Shotgun: Women Write about Their Mothers interview on KCUR

Please join Caryn Mirriam-Goldberg, Judith Roitman, and myself as we read literary works about our mothers--from more of a cubist perspective than narrative. This is 3 p.m. Sun May 11 at the Writers Place in Kansas City.

I'll read from a personal essay recently published in a collection Riding Shotgun, with 20 other fine Midwest writers, including Jonis Agee, Heid Erdrich, Diane Glancy, Sunsan Power, Wang Ping--edited by Kathryn Kysar. Copies of Riding Shotgun, which is a best seller in the twin cities again this week, will be available for sale at a discount.

Angela Elam interviewed me about poet laureate-ness and this anthology on KCUR Friday.

Ralph Salisbury on Jazz in the Midwest

I received this commentary on the Pete Fairchild poem below from compadre Ralph Salisbury, who has a new book out, Blind Pumper at the Well (SALT, 2008). Denise Low
My first ny publication was a photo I took of Duke Ellington, published in Downbeat magazine. The Duke couldn't get a hotel room in Cedar Falls, Iowa, and the college I attended had to make space for his entire band in the basement of our dormitory--where they improvized until about four in the morning. Great experience for me, just out of the segregated air force and looking for ways to perfect the world.
Posted by Denise Low at 9:33 AM 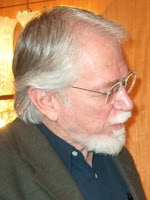 
One of the most successful poets from Kansas is B.H. Fairchild. He grew up in Liberal, Kansas, the far southwestern edge of the state. Early mapmakers once labeled this region the Great American Desert. His poetry evokes the isolated small-town landscape, including Main Street buildings and the wild edges of town. He also conjures the emotional landscape of those who dream and survive the arid Great Plains. Here, a literary imagination is not a frill, but rather a tool of endurance. Fairchild mythologizes Kansas by enlarging it in his personal memory. Also, he shows how European traditions lie alongside those of mid-continent America. He is a complex American poet.

Fairchild’s “desert” is a busy crossroads. In another poem, “The Big Bands: Liberal, Kansas, the Summer of 1955,” the poet explains how swing bands toured the region after their popularity faded elsewhere. The poem “Hearing Parker the First Time,” about Charlie Parker, shows how radio airwaves also cross this flyover region. In the poem, “Eleusinian mysteries” are ecstatic Greek rites. Coleman Hawkins and Lester Young are saxophone players with ties to Kansas and Kansas City. And “Ornithology” is the title of one of Parker’s albums (he was known as Bird). This poem is an homage to jazz as understood by a poet who first learned to play the saxophone and then the instrument of American language.

The blue notes spiraling up from the transistor radio
tuned to WNOE, New Orleans, lifted me out of bed
in Seward County, Kansas, where the plains wind riffed
telephone wires in tones less strange than the bird songs

of Charlie Parker. I played high school tenor sax the way,
I thought, Coleman Hawkins and Lester Young might have
if they were, like me, untalented and white, but Ornithology
came winding up from the dark delta of blues and Dixieland

to the hard rule of craft gave him the hands that held
the reins of the white horse that carried him to New York
and 52nd Street, farther from wheat fields and dry creek beds
than I would ever travel, and then carried him away.