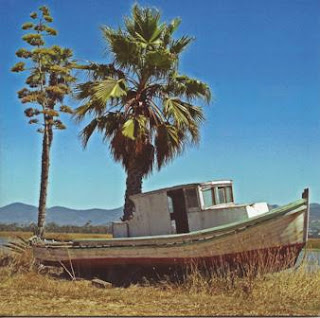 John Berry breaks conventions with his original publication Artifacts (Benicia, California, 2012). This self-published book has photographs by Tora Williamson-Berry, and the most striking aspect is the full-color cover with no title information. This leaves focus completely on the photograph of a weathered boat under two trees. It is stranded among blue sky, mountains, and yellowed grass; no longer does it travel the ocean. No question this is about human-made “artifacts” within a framework of time and elements.


Berry’s text, within, is a baker’s dozen poems, and another six photographs complete this publication. The book is 32 pages on glossy-finish paper--a true collector's item as well as strongly stated artwork.
The verse shows a lot of variety, yet the theme of history recurs in myriad ways. “All the Way Down” starts at the surface, a “Tel,” but below are a “Byzantine Church,” a “Roman mosaic floor,” and “Iron Age fort,” and finally a Bronze Age floor littered with “shards.” But below this, yet another layer:


Tells children how this world balances on Turtle’s back.


When they ask what Turtle stands on,


It’s just turtles all the way down.


The recursive looping of history is continuous theme, especially seen in  “Veterans Day 2012,” where one generation fights the war between the states, next the Spanish American War, the next the Great War, then World War II, Korea, Vietnam, and finally the Middle Eastern wars. Like the layers of artifacts in “All the Way Down,” this is a layered continuum; this sequence also has its artifacts, as Grandfather Logan tells about his own grandfather: “So, my cousin and I, / We stole grandpa’s Confederate Cavalry saber.” Mementos of war also are artifacts. Human intervention within natural processes is the continuing statement of the entire book. The photographs of nature create a counterpoint to poems like "Colonization Reflection." 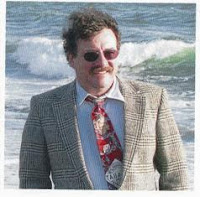 Berry and Williamson-Berry create a high-quality, striking chapbook of both photographs and verse.
+++++++++++
John Berry is a Choctaw, Cherokee, and Scots-Irish poet, stomp dancer, and librarian. He received his MLS from the University of Missouri-Columbia and MA and BA from California State University in Fullerton. He is the past president of the American Indian Library Association. His poetry and writing are published widely in print and on the web. He is Native American Studies librarian for University of California-Berkelely's Ethnic Studies Library.
Posted by Denise Low at 5:49 PM 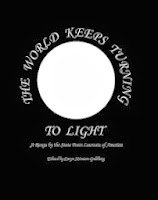 Poets laureate of the United States have no formal connection, yet they continue to find ways to meet. Fall of 2011, a gaggle of state poets laureate met in Lawrence, Kansas, at a conference organized by Caryn Mirriam-Goldberg. She then edited this national collection of poems that contribute to a renga, or “linked poem.” The Academy of American Poets defines the form:


This group renga contains 36 parts, each by a different state poet laureate or former poet laureate. The title comes from Katharine Coles: “…Loving the view/Is still a luxury. The moon rises./The world keeps turning into light.” Here is the laureate of Alaska Peggy Shumaker’s section, used with permission 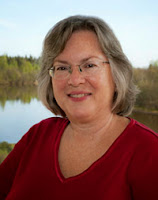 Long days of long, dark season
without scent. Nearly over.


Moose scoop thigh-deep snow
off bent-flat willows. So still
this river of ice


Samuel Green, of Washington, wrote this for his last image before Shumaker: “At dusk crows return/from the day’s unconcern, flakes/of pepper spilled on/ grey sky.” He continues to conclude his section, but note how the sky and light and darkness continued from Green’s section into Shumaker’s. After Shumaker’s section the next poet, Kathleen Flenniken, picks up the word “scoop” for her section, as she describes “Children in floppy coats prepare/to be scooped up and lugged home.” A mountain is in this section, continuing the theme of natural settings.


J. Kates describes the book and its form this way: “Every poem is a conversation with other poems, some more explicitly than others. This version of the Japanese conversational tradition, the renga, rings with the give-and-take of three dozen lively voices, laureates, in the best sense of the word, using their verse to commemorate and celebrate in our name.”


The entire online version of this book is at The America: Now and Here cross-country tour site http://americanowandhere.org/the-tour/state-poet-laureates-the-world-keeps-turning-to-light/

Be sure to scroll down through this rehash of a recent conference by practicing editors, writers, publishers, and publicists. There are changing times, and no one is sure where the biz will end up.

http://publishingperspectives.com/2013/02/ether-for-authors-book-campground/#1
Posted by Denise Low at 8:25 AM

Labels: How To Promote Books, How to publish poetry

Grant Matthew Jenkins makes digital and animated poetry (  http://turbulence.org/spotlight/tulsita/    ) as well as print-based artifacts. His previous books are a collaboration with Cheryl Pallant, Morphs (Cracked Slab, 2009), and his own Joy of God and Other Series (Blackbird, 2003). His Ph.D. in theory and poetics is from Notre Dame.

Yes, he is a smart, innovative writer. That does not take away from the passion embedded in his neo-archaeological pieces in the chapbook Numbers (Tulsa: Living Arts Press, 2012). He litters pages with suggestion. I cull the clues for familiar shards and match them to my own losses. I see white spaces among the lines— voids that will remain when time erases my presence.

Titles in the chapbook suggest slippage of forms: “Three Misreadings”; “Monochrome #4,” omitting numbers 1-3; “Ten Ways To Write a Sonnet,” which subverts the idea that a “sonnet” is a known formula; and “Five Easy Pieces,” which is not composed of easy pieces at all: This final section inverts the second half of the poem, so it is upside down on the page (I remember a toggle somewhere in word that flips text). The bottom half of the poem does not exactly mirror the top half, but rather is a Kantian incongruence like matched but opposing mittens.


“Monochrome #4” begins with loss: “Just count out / the hours of aching” (section 1). It continues with grieving for the paradoxical, as in “your yes a goodbye” (section 2) and “how much they loved her / til she died” (section 3). Sharp images add to the sense of incompletion, as in the “blue haze of crystal vases” of the  first section, with its sound-facets of zee (and near- zee) echoing against each other, as well as the visual  “blue” overlay on glass. The work is its own slab of reality. From Monochrome #4:


the hours of aching


dedication to the mission of


with wax
flowers held in


the embassies of waiting
rooms where scarves choke


the oak coat
tree in the name of theology
Posted by Denise Low at 4:52 PM