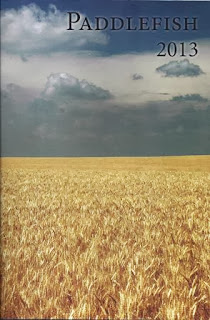 PADDLEFISH #7 (2013)  has a great review of my book Natural Theologies: Essays about Literature of the New Middle West. I am so pleased to see his attention to some of the too often undervalued authors I critique: Heid Erdrich, Louise Erdrich, Ted Kooser, Diane Glancy, Linda Hasselstrom, Adrian C. Louis, and Joseph Marshall III, to name a few.


“Natural Theologies ultimately not only provides valuable criticism, but also teaches about writing itself. It could (and should) be used in classrooms exploring literature, literature and place, ecocriticism, and perhaps above all creative writing: both relative to exploring writings, poetry in particular, and to insights how to go about that writing itself. In such ways, and many others, this volume goes a long way in showing how ‘literary works propose solutions to both the surface and the entire field of philosophical inquiry.’”


Other contributors to this issue are David Lee, Adrian C. Louis, William Trowbridge, Charles Bowden, Tom Gannon, and Kevin Zepper. For more the full review and information about subscription ($12) and the William Kloefkorn Poetry Prize ($12 includes a subscription), see www.mtmc.edu/paddlefish.edu or write directly to Jim Reese, Mount Marty College, 1105 West 8th St., Yankton, SD 57078. Cover photograph by Rich Lofthus. My continuing gratitude to Greg Kosmicki of The Backwaters Press (www.thebackwaterspress ) in Omaha for taking the risk and investing the capital to publish Natural Theologies!
Posted by Denise Low at 12:35 PM 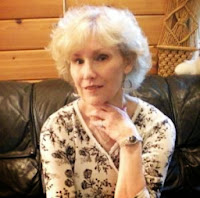 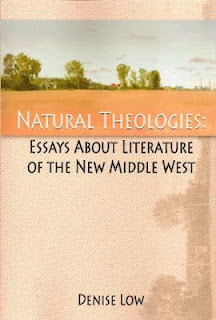