Denise Low, "How to Build a Memoir" article

HOW TO BUILD A MEMOIR by Denise Low
You can write your life story in six words. Like flash fiction, short-short memoir is a new genre, especially the six-word memoir. Here’s an example, Ernest Hemingway’s six-word story: “For sale: baby shoes, never worn.” A few words set the scene, classified section of a new 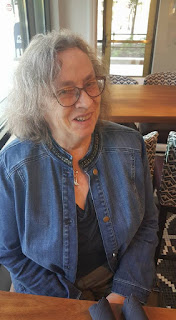 spaper. This suggests income-level and an urban setting. The characters are also suggested—the parent and the baby. The clincher is the sad end, “never worn,” so there is plot. The baby died. Six words give setting, characters, plot, and tragic ending. In 2006, Smith Magazine asked readers to write six-word memoirs in the spirit of Hemmingway. Here are some examples: “Cursed with cancer, blessed with friends”; “I still make coffee for two”; “Teaching 18-year-olds poetry; pray for me”; “Not quite what I was planning.” Twitter, NPR, and national publishers have sponsored six-word memoir publications. So, I challenge you to consider six words that create a memoir of your life, or a part of your life.

On a snowy afternoon, I am reading Sir Philip Sydney's "In Defense of Poetry." He writes about the
superiority of English as a poetic language, something I had not considered, ever, after listening to Spanish, Cherokee, Greek, Welsh, Ojibwa, French, Chinese, Kiowa, and other languages. However, here is his argument: