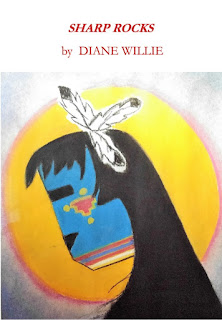 These short stories collect the contemporary and mythic experiences of a young woman seeking identity in the American Southwest. Diane Willie, enrolled Dine (Navajo), moves among cultures, geographies, and time frames to renew stories of the Navajo Long Walk, La Llorona, and contemporary women who survive with courage and dignity. From "Garcia," a short story in Sharp Rocks:

"Sadie Garcia saw two shadows near the river, one covered in tattered white wrap and the other slumped against a tree. La Llorona wailed in the distance waiting for the two shadows to come to her. The crickets were silent, and the frogs hummed a death song, a song that extended itself to Sadie Garcia’s heart.
"Sadie Garcia rolled up her sleeves and bargained with La Llorona for her little sister’s life. Countless moon hours passed while two women haggled. In the end, La Llorona accepted a half bag of coffee grounds and a whole bag of sugar. Afterwards, the owl screeched resolution. Coyote and La Llorona sat near the Rio Grande sipping coffee. "


Diane Willie is an instructor at the Native American Community Academy in Albuquerque, New Mexico. She graduated from Haskell Indian Nations University with an Associates degree and the University of Kansas with a Bachelor’s degree in Education. She has pursued graduate studies in Creative Writing and Education. She is from the Navajo tribe of New Mexico. Her favorite authors are Leslie Marmon Silko and Louise Erdrich.
“Diane Willie’s original voice adds depth to 21st century stories of the American Southwest. Her mythical tales draw upon Navajo, Pueblo, Spanish, and Anglo histories to create her own mélange.  Always, the Native viewpoint structures Willie’s narratives. Read these as rituals of healing. The final message is one of hope, esperanza.”    Denise Low, former Kansas Poet Laureate 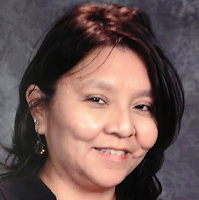