Thank you to Annie Newcomber for permission to reprint this interview she did with Jeanie Wilson about her husband, Thomas Zvi Wilson (1931-2012). The Thomas Zvi Wilson Reading Series of The Writers Place presented a tenth anniversary celebration of the publication of his and Jeanie's The Door into the Dream (Mid-America Press, 2006). The series Facebook page describes the series: "Mr. Wilson’s objective was to broaden outreach for The Writers Place and create an additional venue for poetry and prose writers to read. After Thomas’ health failed, his wife Jeanie Wilson, an emeritus board member of TWP and poetry and short story writer, curates this popular reading series in his memory." The free series, founded in 2001, is third Tuesdays of the month. The readings take place at Johnson County Central Resource Library, 6-8 p.m., 9875 W. 87th Street in Overland Park, Ks., 913-826-4600.
Jeanie, what led your husband to the idea of developing the reading series?  His primary
mission was simple: to help writers. He believed, in part, an additional venue would provide more opportunities for writers to read. Many writers who have read in this program have gone on to publish books of poetry and seasoned poets have shared from their already published works.
How did he become involved in The Writers Place (TWP)? Tom had turned his attention from visual arts to poetry and wanted to become involved in TWP, the rising hub of the literary community in Kansas City. Eventually, he served on the Board of Directors and eventually as treasurer.
What were some of his dreams for the Kansas City writing community? At the time, there were separate pockets of writers and locations, and Tom had hoped to provide opportunities for these various entities to collaborate and to bring writers together to share their writing. I believe that collaboration is happening with the help of so many writers, organizations, and volunteers.
Did he see himself as an artist first or equally as a poet and an artist? I believe for Tom the identities were integral and each art form fed off the other.
What do people not know about Thomas that you wish was known? As much as he loved to write, he had a passion to help other people: writers, visual artists, and inmates at Lansing Prison. It was a longtime struggle in his division of time. Also, he was unique in that he was able to use both left and right sides of his brain, synthesizing in poetry and art. 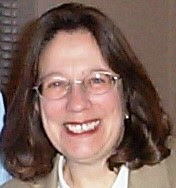 Do you have a favorite poem that Thomas cherished? Might you share?  I have selected a poem by Mark Strand, which Tom and I both treasured because it spoke of love late in life, which was our miracle.
Even this late it happens:
the coming of love, the coming of light.
You wake and the candles are lit as if by themselves,
stars gather, dreams pour into your pillows,
sending up warm bouquets of air.
Even this late the bones of the body shine
and tomorrow’s dust flares into light. . . .
How did Thomas suggest that poets could best hone their craft? He recommended and practiced that a poet read other poetry, write constantly and revise methodically.  Some of his poems had been revised 40-50 times.
What did he want his audience to look like? What people was he trying to draw to the readings? All ages and ethnicities. The ideal audience member was hungry to hear the poems and to learn something new from the reading that evening.
What made him most proud of the Reading Series? He was very pleased when a new writer excelled and went on to publish.
What were some of his opinions on poetry? The poem should communicate the human experience or artistic idea to the reader. He had a great deal of poems on the artist, Edward Hopper. Poetry and art crisscrossed in his poetry.
Can you share a little bit about Thomas’ life and background? He was born in 1931 in New York. His family lived in a Jewish community. His parents abandoned him when he was about five to seven years old. He was extremely intelligent and thirsted for life in and outside the community. The community members raised him until at 14. He ran away and started a new life of his own. To him life itself was a gift not to be wasted. He never stopped learning and creating in some manner.
Poets often ask me how you select your readers. What do you suggest to someone who has this aspiration and goal? If they are interested in reading, I like to visit with them and read some of their work. In some cases, I know the individual and their work already. Similar to Tom, I do not require that a writer has published a book prior to reading. He enjoyed helping new writers of all ages and backgrounds.
What inspired you and Thomas to write your antiphonal poems? Initially Tom and I had paired our poems around a common theme or word and performed readings with these paired poems. Our publisher/editor, the late Robert Jones, approached us and asked us to write a book of these paired poems.
What advice would he give today’s poet? First and foremost, he valued life and did not want to waste a moment or day. Regarding poetry, once again, he would recommend to read other poets, write constantly, and revise the poem diligently.
What do you see as Thomas’ legacy? Tom served as a model of friendship in helping writers and artists advance their art and writing. He set the standard in how writers should treat one another. The Thomas Zvi Wilson Reading Series serves as a vehicle to provide opportunities for writers and poets and stands as a testament to this extraordinary man. June, 2016


Annie Newcomer lives in Prairie Village, Kansas, with her husband of thirty-six years, David. Her two daughters inspire her to tackle new adventures such as triathlons and charity runs. She loves to travel and has had wonderful opportunities to see the world and to make friends from different cultures. She loves her involvement with Compassion International and sponsors a dear and serious young girl from India who wants to become a doctor and a young athletic boy in the Dominican Republic who aspires to play for the Boston Red Sox one day. Annie is blessed to have friends in Kansas City who support her writing interests.
Posted by Denise Low at 2:05 PM

For fun on a July afternoon, here are two poems made from emoticons or emoji. In 2008, I guest hosted an Academy of American Poets poetics forum. The program was discontinued after hackers attacked. But from that archive I found this commentary from Judith Roitman and her poems:

Judith Roitman: "I find emoticons very strange, yet here they are to the left of me for my use, so I will try to write an emoticon poem. Why not?"

Evil, very evil
Joy & happiness
The confusion of the world.
I know.
Embrace!