Welcome to Poetry Month! For the Kansas Poetry Month Contests, throughout April, write a poem(or poems) based on the given theme and e-mail to kansaspoetry@gmail.com.

There will be two contests each week. Each contest winner will receive a free book of poetry and/or Ad Astra broadsides, and I will post winners on my blog http://deniselow.blogspot.com.

I will judge, and I reserve the right to choose based on my own aesthetic taste. However, the real reward is the joy of writing and participating in Poetry Month. I will enjoy reading new poems.

The first contest theme is Kansas Landscape. Please paste your poem into an email and also attach a copy in Rich Text Format (RTF). Further details are on the Kansas Arts Commission website: http://arts.ks.gov
a
Posted by Denise Low at 8:31 PM

Gary Lechliter, born in Coffeyville, grew up in rural southeastern Kansas, where he sets many of his poems. He is an active reader, writer, editor, and supporter of literary arts in the Lawrence-Topeka area. He was the founder and editor of the literary magazine I-70, which featured authors who live along this interstate highway. His educational background is in psychology, and human quandaries appear in his verse. He also explores the varied dimensions of human imagination, collected in his new book Foggy Bottoms: Poems about Myths and Legends. Known laws of reality are not enough for this poet, so he turns to confabulous tales.

The popular jackalope image, which I remember seeing in the 1950s, plays on the ignorance of Easterners about the grasslands. This poem continues that legend by asserting “But I know she survives.” The narrator has not seen this mythical creature, yet it has a presence drawn on postcards and ashtrays. Lechliter sets up his story, then shifts to first-person experience of being alone on “dusty backroads” and “railroad tracks,” places that evoke solitude. In these wanderings, his jackalope becomes a female, despite her masculine rack of antlers. She hides, survives, and leaves behind an intangible aroma. Is she not real?

I have never seen
the crossbreed of legend
except in artwork,

postcards from Kansas,
ashtrays in roadhouses,
bars and malls.

But I know she survives
by hiding in brome,
scanning the flat land

for predators.
I have wandered alone
on dusty backroads

and railroad tracks,
smelling her stench
in the larkspur.

Thanks to fellow Emporian Dennis Kelly for this. He captures the zeitgeist of late 1950s in that small college town, where Kansas City and other town dwellers were a sharp contrast to those with ties to the country, like Kelly describes here. Kelly is a published poet who also practices "cleave" poetic form: http://cleavepoetry.wordpress.com/2008/09/03/cleave-poem-a-new-experimental-poetic-form/

kansas city boys
were always sharp
especially the
frat boyz at kstc
none of them drove
pickups cattle was
something they
called kc steaks
and then they
were gone on
weekends while
I studied in the
waw stacks and
harvested wheat
in jewell county
all summer long
for my uncle
under the red
glare of the
john deere sun
& buffalo moon
but that’s all gone
now the farms little towns the
dirt roads tyson
sullivan doxtator
stauffer the little
athens of the gone
midwest prairie
lumbering into
the dark fields
that will soon be me
when night comes. 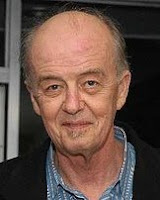 One of the most nationally influential poets from this area is James Tate. He studied creative writing at Pittsburg State, then known as Kansas State University at Pittsburg. This university still has an excellent creative writing program, with Stephen Meats, Laura Lee Washburn, and Karen Stolz.

Tate was one of the youngest people to ever with the Yale Younger Poets Award, when he was 23. He continues to be active, and I saw him this spring at the Associated Writers and Writing Programs conference in Chicago. I also cherish a memory of his visit to Emporia State for a conference 20 years or so ago, when I had a chance to spend an evening with him reminiscing about his early days in Kansas City. He spent time with jazz musicians as a young man, and perhaps the more abstract improvisation of bop-influenced music appears in his writing.


James Tate grew up in Kansas City, on both sides of the state line, and he attended Pittsburg State University. He then went to Iowa University, which launched his distinguished career as a poet known for his “dream logic.” The laws of the imagination, in his poems, are as potent as laws of physics. He is able to draw readers into his vision by telegraphing vivid images that are suggestive of stories. This allows readers to invest their own experiences into the accumulated information. His technique is like Aesop’s fables, which strip stories to their basic elements. His plot sequence, however, is more subtle.
“Late Harvest” is one of Tate’s few regional poems. He seldom attaches his imagination to finite geography. In this poem he collages together colorful images: “white buffalo,” “red gates,” dried out “cellophane” grasses, and a “black tractor.” What he captures is specific to this geography: the distorted size of late afternoon sun, as it stretches into the horizon. Dimensions in the grasslands have greater depth, so objects may line up as though they were visionary. The “white buffalo” may be drained of color by the sun-glare optics, it may be albino, or it may be a spiritual being—or all of these things. The narrator is surprised by the buffalo, but he cannot rouse the birds nor the girls, who accept this cosmos. The falling of night quiets his fears, as natural order returns. Tate shows Kansas as a mythic place.

I look up and see
a white buffalo
emerging from the
enormous red gates
of a cattle truck
lumbering into
the mouth of the sun.
The prairie chickens
do not seem to fear
me; neither do the
girls in cellophane
fields, near me, hear me
changing the flat tire
on my black tractor.
I consider screaming
to them; then, night comes.

Education: James Tate received a BA in English (Pittsburg State University 1965) and an MFA in Creative Writing at the University of Iowa Writers' Workshop (1967).
Career: Tate is a distinguished university professor at the University of Massachusetts-Amherst. His second book, The Lost Pilot (Yale University Press 1967), won the Yale Series of Younger Poets). His Selected Poems (1991) won the Pulitzer Prize and the William Carlos Williams Award, and his Worshipful Company of Fletchers (1994) won the National Book Award. He also has won the National Institute of Arts and Letters Award, Wallace Stevens Award, and fellowships from the Guggenheim Foundation and the National Endowment for the Arts. In 2001, he was elected a Chancellor of the Academy of American Poets. He has published over a dozen books of poetry and prose.
__________________________________
© 2009 Denise Low, AAPP 31 © James Tate, “Late Harvest” in Selected Poems 1991. © Star Black, Academy of American Poets, photograph 2007.
Posted by Denise Low at 8:42 AM

From the NBCC Critical Mass blog: "For the first time in the organization’s 35-year history, the NBCC chose to give a dual prize in one category, poetry, as best reflecting the sentiment of the board, with discussion and voting showing a strong commitment to two authors. It will never happen again, promised poetry committee chair Rigoberto González."

The two winners were:

Juan Felipe Herrera’s Half the World in Light: New and Selected Poems (University of Arizona Press) and August Kleinzahler’s Sleeping It Off in Rapid City (Farrar, Strauss)

The Backwaters Press Announces
Letters From Grass Country:
Essays on the Contemporary Poets and Poetry of the Great Plains
Edited by Mary K Stillwell and Greg Kosmicki

· Deadline for submissions-- June 30, 2010
· Publication date Fall 2011, perfect bound
· Scholarly or familiar essays about the poets of the Great Plains, their lives and their work
· Focus on new poets as well as established
· Cultural diversity strongly encouraged
· Interest in neglected poets of the region
· Broader essays about the influence on poetry and poets of the region—culture, ethos, geography, history, etc. welcomed
· Submit Word 97 or newer attachment by e-mail to: Lettersfromgrasscountry@yahoo.com
· For further info:www.thebackwaterspress.com
Posted by Denise Low at 6:22 PM 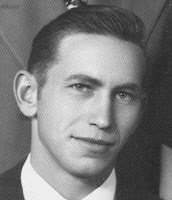 Jack DeWerff is a published cowboy poet from the Ellinwood area. The cattle industry remains strong in Kansas, and this very American art form also still thrives. Its origins go back to the 1870s cattle drives from Texas to Kansas. In 1985 the first cowboy poetry conference started in Elko, Nevada. Most often cowboy poetry is about the trail, ranching, and Western life adventures. Cowboy poetry is essentially storytelling that can be set to tunes—hymns, sea chanties, or ballads. Because this verse fits patterns of familiar songs, the rhyme and meter are important. These also help memory. Jim Hoy’s book Prairie Poetry is further introduction to this popular style.

“Married to a Cowboy” refers to the cruder aspects of a cowboy life—fondness for chewing tobacco and lack of personal hygiene. Like most cowboy poems, it is a long narrative, so this is an excerpt. DeWerff’s narrator disarms his listener with self-deprecating humor—he anticipates criticisms and admits to them. This is a typical Kansas ploy to smooth relationships, and here a husband attempts to placate a wife. He also asserts the golden qualities of the cowboy character—honesty and loyalty.

MARRIED TO A COWBOY

It ain’t easy being married to a cowboy;
It takes the patience of Job, I am sure.
They come in dirty, and wet,
And smell like horse sweat,
And track in lots of mud and manure.

And they ain’t worth a hoot doing housework,
Like cleaning or makin’ the bed.
And sometimes she wishes
He’d help with the dishes,
But he’ll go strum his guitar instead.

Etiquette ain’t in his vocabulary;
He spits in a cup when he chews.
And at a dinner affair,
If two forks are there,
He won’t know which one to use….

He forgets anniversaries and birthdays,
And sometimes he’ll scratch where it itches.
But his word is good,
He wouldn’t cheat you if he could.
And his friends mean more to him than riches….