My long-time friend Fred Whitehead sent me a link to an article that suggests, by its end,

Sam Eichner begins his argument in "What's Behind a Recent Rise in Books Coverage" by chronicling the increasing coverage of books in news media, but not through increased book reviews. First, he notes how major news outlets are adding to book articles: “Since the beginning of 2017, The New York Times has continued to expand its already robust book coverage. More recently, New York announced that it would triple its book coverage. In October, The Atlantic launched a Books section and a newsletter.” Eichner adds that BuzzFeed has a new online book club and Facebook group. However, all book news competes with a cacophony of online pop-up ads, video clips, and social media. Books continue to have, nonetheless, qualities like no other medium, even if readers do not have more time. He quotes the NYT book review editor Pamela Paul, who lists virtues of the book: they give historical perspectives, longer-range perspectives, and analysis of all the flotsam of news fragments. Eichner refers to these virtues as he ends his article with a rally to continue to support books: “. . . it may be more important than ever for publications to help books accomplish these goals," but his means to this end is to join the production of bits and bytes: "But the best format for them to do so is likely no longer the traditional, single-book, literary review. To break through the noise, editors must translate old-fashioned book coverage to the lingua francas of today’s impossibly paced media climate: shareable lists, essays, digestible Q&As, podcasts, scannable email newsletters, hashtags, Instagrams, even book trailers.” Oh my, brave new world. The entire article is worth a read. Whether we like it or not, the book review has morphed into a variety of book niblets.


Sam Eichner is a writer based in New York, whose work has been published in The Daily Beast, Electric Literature, and The Huffington Post. You can follow him on Twitter @seike17.
Posted by Denise Low at 12:57 PM

Here are Steve Bunch's Lawrence literary memories of the Rock Chalk Cafe, which served Ed Dorn, the Fugs, Allen Ginsberg, many other literati over the years. It begins:


"Edward Dorn's poem "The Cosmology of Finding Your Spot" celebrated the Rock Chalk and its denizens (http://www.vlib.us/beats/dorn.html ) and was published (typos and all) as a broadside in connection with a reading in support of the Draft Resisters League in 1969. The reading occurred just across the street from the Rock Chalk, at the United Campus Christian Fellowship building. As I recall, Robert Bly also read that evening. Robert Creeley, Robert Duncan, Galway Kinnell, and Diane Wakoski also came through Lawrence that spring."

I remember the reading at the UCC, and how suave Dorn was, how cooly activist. His wife Jennifer Dorn was with him, also a respected poet, and she impressed me. Do I remember what he read? Yes--parts of Gunslinger he was working on at the time. He made me think differently about history of the West, my home region. It was a long way from Gunsmoke and Palladin, although there were some of the same characters. He had a grasp of the history that informed his discussion as well of the poets, and I admired that. Here is a review from the Guardian by Patrick McGuinnis of Gunslinger, and it begins:

"Gunslinger is perhaps the strangest long poem of the last half-century: a quest myth wrapped around an acid-inspired western comic strip adventure in which a gunslinger, astride a drug-taking, talking horse called Levi-Strauss, searches for Howard Hughes ("they say he moved to Vegas / or bought Vegas and / moved it. / I can't remember which"). Charles Olson had insisted, in the wake of Pound, that where Europe had history to make poetry with, America must take geography. Dorn's contribution to the Great American Long Poem – Pound's Cantos, WC Williams's Paterson, Olson's Maximus … – was Gunslinger, which appeared in five sections over six years. The American west was Dorn's imaginative home, and his poem is an extraordinary feat of imagination, humour, allusion and lyric invention. It takes the standard fare of a good if surreal western (brothel madams, saloon brawls and gunfights) and melds it with high philosophical riffs."

Maryfrances Wagner’s collection The Immigrants’ New Camera: A Family Collection has a glossary of Italian words in the back, a useful addition as she writes her family’s immigrant experiences and afterlife in Kansas City neighborhoods. The poet tells wonderful stories in this book, compressed into poems and amplified with poetic intensities. Always the phrases give both narrative and mood, as in this poem about her aunt:

I Bring Aunt Mary a Christmas Tree
Oh, what a good Italian woman you are.
You’ve baked biscotti and iced them nice,
pink and green just like I love. And they
taste just like your Aunt Rosie’s. I wear
that lap quilt you made me to dinner.
I’m afraid someone might take it, though.
I can’t believe all of the stuff you bring.
I loved the pizza and the pizzelle,
but I don’t have anywhere to put
those family pictures. You can take those
home. I don’t recognize some of them. 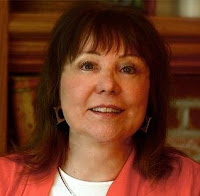 What’s that behind your back? A little tree?
You call that a Christmas tree?
It’s nice that you put blinky lights on it
and decorated it with reindeer and candy canes,
but it’s not more than a foot tall! Troppo piccolo.
Uncle Johnny brought home big trees.
Sometimes we had to cut the tops off.
I used to put tinsel and ornaments on the tree.
They were big and beautiful. Ask Jimmy.
This hotel is too small. I’ll be glad when we
go home. These pigra maids take forever when I ring.
Uffa! What’s that? A crystal star? Too many lights.
Shut that thing off before I quit breathing, and don’t
hang that mistletoe in the doorway. I don’t want
some old coot in a wheelchair grabbing me
on the way to dinner. We’ve got enough
Wagner’s use of dramatic monologue works well here, deftly wrought so the narrator’s presence is just a whisper in the background. The forte voice of the aunt carries the poem, as she voices her judgements. Along the way, details of life in a nursing home create another thread in this dense poem. Wagner balances lyric with narrative perfectly.
No poem in this collection is simple. The stories may appear to be about making wine in the garage or school memories. The overlays of language, however, as well as the implied emotions complicate any topic.
One of my favorite poems is one where Wagner describes miscellanea left in her father’s drawers after his death. The catalogue elaborates more about grief and character than the objects. The poem “My Father’s Nightstand” begins:
I empty the dead drawers
and sort what my father kept close:
Chapstick, shoestring, book of stamps.
Flashlight, two keys, Allen wrench.
The orphaned keys, the wrench, and the flashlight all suggest mortality, the final law.
Wagner collections family stories from all her previous collections in this new book. They interact with each other, so repeated characters, like Zia Rosie and Nonno, develop into full-fleshed companions. Most of the people in the book are dead, so there is an eerie quality of ghost stories also in this interesting and complex book.
History of Italians in the United States often overlooks the Midwest. This book helps to expand the cultural nuances of this region. The family members, however, are familiar archetypal characters that all can relate to. This book is enjoyable on the page, and Wagner will present readings of it in the Kansas City area, not to be missed.

Dec 6, book release party at Westport Coffeehouse, KC, 41010 Pennsylvania St., KC, MO, 7 pm. At 8:00 will be a short reading, and Robert Stewart, Jenny Molberg, and Cameron Morse will be present. Enter through the Green Room or come downstairs through the coffeehouse. If you can't stay the whole time, at least drop by.