New book by Diane Glancy Now It Is Snowing Inside a Psalm. This book of short reflective essays shares a winter journal of doubts as well as triumphs. This skilled writer’s personal response to the Hebrew text gives new perspectives on language and its role as a tool of faith. This will help readers through the dark snowy days ahead. She writes:
“It has been a hard winter. The snow seems to get into everything, even the Psalms. There are gray mornings I need to plug into the Word for the will to get up and work at my projects for the day. There are energy pockets in the Bible, especially the book of Psalms. I have been through the Psalms many times over the years. What new could there be left?  Yet they always stoke the will, and I am able to do what is needed. This winter, I opened the Psalms for another familiar journey, but soon found them not familiar at all. They became a new journey on the same road. There were variations in the landscape of language, and new insights. I found resilience in the dreariness of a long winter. I also discovered little disruptions in the Psalms that matched the disruptions I felt in my own interior landscape. The little clumps of words I read fit the clump of circumstances I faced. The Psalms became cross-word puzzles of a sort as I looked between two different translations— King James Version and the New Revised Standard Version.  This winter, I walked through the snow with the Psalms as a map. Even the gray clouds changed each day. Month after month, there was snow and cold, and cold and snow, yet I walked the changing terrain in the Psalms. My sister-in-law told me about a newspaper photograph last summer at the Lake of the Ozarks. It was of ticks with their little arms upraised in the grass, waiting for someone to pass along so they could latch onto them. That is the way I felt as I read the Psalms. They held to me, not to take life from me, but to give it.”
http://www.mammothpublications.com/catalog1.0.html Distributed by Mammoth or buy the Kindle edition. Order through mammothpubs@hotmail.com
*Diane Glancy is professor emerita at Macalester College in St. Paul. Among her 30+ books are: The Reason for Crows, a novel of Kateri Tekakwitha, a 17th century Mohawk converted to Christianity; Pushing the Bear, a novel of the 1838-39 Cherokee Trail of Tears; a collection of essays, The Dream of a Broken Field; and new poetry, Stories of the Driven World. In 2010, she made her first independent film, The Dome of Heaven. She has been the recipient of many awards including National Endowment of the Arts Fellowships, a Minnesota Book Award, an Oklahoma Book Award, and an American Book Award. Her website is www.dianeglancy.com .
Posted by Denise Low at 9:05 AM Links to this post

I've read the 10 best NY Times book list, the local paper Lawrence Journal World's best 2011 list, and no poetry is included. I'm listing my own 2011 poetry favorites, based on books I have received this year. I'm including a few anthologies and related prose books. I know I am excluding some wonderful books, but mostly I don't have access to them. I have champagne tastes in poetry and a Kool-Aid budget. I will be nominating some of these for the National Book Critics Circle awards, as a member (see their website for more information about nomination processes by board members and also members-at-large). I do regular reviews of poetry for print and electronic media as well as this blog--please send books if you would like to be considered in 2012.
2011 Denise Low DOZEN BEST BOOKS OF POETRY, alphabetical order 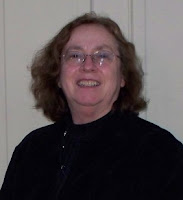 POETRY ANTHOLOGIES
Sing: Poetry from the Indigenous Americas, edited by Allison Hedge Coke (University of Arizona Press)
Begin Again: 150 Kansas Poems, edited by Caryn Mirriam Goldberg. You will be surprised how many poets of merit come from this crossroads state. http://150kansaspoems.wordpress.com/readings/
The Best American Poetry 2011 guest edited by Kevin Young, series editor David Lehman (Scribner). Topeka poet Kevin Young continues to excel in curating as well as his own writing—see also his own Dear Darkness (Knopf 2008).
An Endless Skyway: Poetry From the State Poets Laureate edited by Caryn Mirriam-Goldberg, Marilyn L. Taylor, Denise Low and Walter Bargen (Ice Cube Books). 38 or so states have poets laureate. Here’s a sampling of some of the diversity, beautifully produced by Iowa’s Ice Cube Books. http://www.icecubepress.com/2011-books/an-endless-skyway
The Penguin Anthology of  20th Century American Poetry edited by Rita Dove  (Penguin). Thank you to courageous Rita Dove for shifting the center of gravity to include more real gritty American life in these selections.
PROSE ABOUT POETRY
Robert Duncan: The H.D. Book, edited and with an Introduction by Michael Boughn and Victor Coleman (University of California Press). Amazing discussion of how poetry enters our lives through memorable people and events. Thank you to Ken Irby for this gift!
Beautiful & Pointless: A Guide to Modern Poetry by David Orr (Harper). Orr is always provocative if not always right.
Also a word for: Natural Theologies: Essays About Literature of the New Middle West by Denise Low. I appreciate Greg Kuzma and Nebraska's The Backwaters Press for taking a gamble on this first book about contemporary grasslands literature. http://www.thebackwaterspress.org/our-authors/denise-low/
Posted by Denise Low at 11:04 AM No comments: Links to this post

Here is a video of Travis reading at Haskell Indian Nations University, Dec. 7, 2011:

Posted by Denise Low at 9:50 AM Links to this post

﻿﻿﻿Allison and Travis read from the new anthology of Indigenous North and South American poetry Sing, from University of Arizona Press: http://www.uapress.arizona.edu/Books/bid2299.htm . Joshua Falleaf, Haskell instructor of the Poetry Writing class, hosted them.
Posted by Denise Low at 9:39 AM Links to this post

Ted Kooser, the Poetry Foundation, and the Library of Congress sponsor this weekly poetry column, and a pdf version is available for download at this site. Thanks to Ted Kooser for the thoughtful introductory comment.

http://www.americanlifeinpoetry.org/columns/350.html
Posted by Denise Low at 7:17 PM Links to this post

A Favorite Book of 2011: William Trowbridge's SHIP OF FOOL 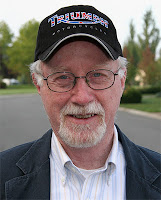 As the year ends, I remember Bill Trowbridge's reading from his new book Ship of Fool (Raven Bookstore's Big Tent series, April 28) as one of the best I have ever seen: he read quality work, all unified by a theme. He had just the right balance of poem to discussion of the poem, and the right balance of funny and serious. He connected with the audience so well. Trowbridge is a master sleight-of-hand, who plays on his readers' sympathies as well as Charlie Chaplin's Little Tramp, and the correct response is laughter and tears at once. Yes, every poem is about Fool, and by the time the book ends, the archetype Fool has been a film noir star, parted from his money, wise, and a prom goer. Here the Fool has his holiday, April's Fools Day, with a catalogue of bad practical jokes. I follow this poem, pulled into its momentum, and don't notice its sleekness. His final, original image of Fool lost in space stays with me for days. Trowbridge is so good.
THE RIGHT STUFF

On Fool’s birthday, April 1, people play
jokes on him all day long. “April Fool!”
his wife and kids hoot as the pancakes explode.
“Gotcha again!” quips the gang at work
when he sits down in the Limburger cheese.
His mom and dad, though dead, always call to ask
if he has Prince Albert in a can. “Well, let him out!”
they shriek, not waiting for an answer.
By ﬁve o’clock, Fool feels like a space walker
cut loose from the mother ship. The radio
in his head chatters nonsense as he ﬂoats
end over end. “You are my sunshine,”
he sings sotto voce, “my only sunshine.”
(ﬁrst published in The Gettysburg Review)
Look for William Trowbridge's poem "Rental Tux," Jan. 9, 2012,in An American Life in Poetry, a syndicated newspaper & e-column published by the partnership of The Poetry Foundation, Ted Kooser, and The Library of Congress.
Trowbridge, an Omaha native, has a Ph..D. in English from Vanderbilt University. He teaches in the University of Nebraska low residency MFA program. He was Distinguished University Professor at Northwest Missouri State, where he was an associate editor of The Laurel Review. He lives in Lee's Summit, Missouri with his wife Sue. Ship of Fool is from Red Hen Press. Other books are The Complete Book of Kong (Southeast Missouri State University Press), Enter Dark Stranger, Flicker, and Paradise (Uall from niversity of Arkansas Press). His website is www.williamtrowbridge.com
Posted by Denise Low at 10:31 AM Links to this post