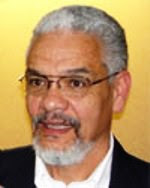 Billy Joe Harris, University of Kansas professor, spent a sabbatical year studying poets and painters, including artist Giorgio Morandi. He admires Morandi for “muted colors and radically reduced subject matter.” He employs this approach to his own verse. His work suggests narratives, but in such concise form that cultural referents may be minimal.

In the poem “Sympathetic Magpies,” the Chinese origin of the legend is secondary to the universal concept of bridges. Further, the stanzas’ own parallel lines suggest intervals of bridge girders. Love creates a bridge between mortal and immortal beings, and the interplay between heaven and earth are universal. The memorable magic here is the bridge made of magpies. The poem has parable-like directness, with love that can defy the decrees of heaven. Like bridges, romance between a young weaver and herder can be set in most times and places. The Milky Way itself is another kind of bridge. Then Harris shifts to present time, inviting readers to also become part of legends through the poem. With a few simple images—lovers, Heaven, and bridges—the poet creates a story, briefly outlined yet complete like a Morandi painting. Harris said of the painter: “His quiet visual drama tells you that you need no more than these few objects to tell the human story.” This also applies to “Sympathetic Magpies.”

Career: This poet and critic’s books are: Hey Fella Would You Mind Holding This Piano a Moment (Ithaca House 1974), In My Own Dark Way (Ithaca House 1977) and Personal Questions (Leconte Publishers, Rome, 2010). He has published in over fifty anthologies. He is the author of the critical work The Poetry and Poetics of Amiri Baraka (University of Missouri Press 1985) and editor of The Leroi Jones/Amiri Baraka Reader (Thunder's Mouth Press, 1991, second edition, 2000).