At the beginning of this month, Gary Lechliter organized a where he debuted a new collection, Photos of Ghosts: Poems (Spartan Press). It is superb. I have followed Lechliter’s work for decades now, and he carves deeper shadows and higher reliefs. One of his classics is about his brother’s funeral, “The First Born,” where he wonders at their abiding differences despite an almost identical upbringing: “We lived in the same small clapboard house, / ate the same food, pissed in the same toilet, / bathed in the same old claw-foot tub” (p. 6).  After a catalogue of fraternal connections, he ponders the differences, “Maybe it was the religion you clung to, / that hard faith I walked away from.” He lifts the poem from the biographical into a larger sphere when he further iterates the differences between the narrator’s doubt and the brother’s belief. The poem ends: “Earth is fixed, it seems likely that I’ll / see you soon, perhaps in some plausible / heaven for the faithful and yes, the / agnostic, the Jew, the Buddhist, and / Muslim, the gay or straight.”

Lechliter grew up in southeast Kansas, not far from my own hometown. He writes about the places I knew and in that language, as in this unsentimental nature poem “Horsefly”
Horsefly
On wrongs swift vengeance waits. Alexander Pope 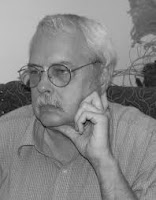 The fucker I smacked and left to die,
belly up on the ground, waits for
the labor of ants to carry it off.
It’s not unlike the one that blooded
me as I played in my grandmother’s
garden hose on a summer day.
That one made off with boy flesh.
And all I could do was weep and howl,
which brought my father out to the
lawn, where he chased it with the
newspaper’s help wanted ads,
but could not smack the villain.
So now I must call this menace
I’ve flattened an icon of vengeance
and leave it in the mulch, where
the widow and fatherless grubs
will come to honor the knowledge
that only fools linger.      (p. 7)


The Alexander Pope epigraph helps to set up a tradition and also to contrast to it, as the opening “The fucker” makes it clear this is not a sanitized or nostalgic experience. Sarah Smarsh’s memoir Heartland is redefining the way outsiders see rural folk, and this poet gives testimony to a complex, vivid site where human dramas match the extremes of weather. This is a wise book, for readers from any place.
Posted by Denise Low at 1:47 PM