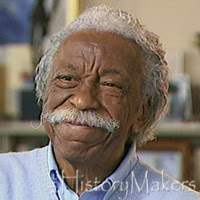 David Parks will speak about his father's life 7 pm Monday, Jan. 29, in the Lawrence Public Library auditorium, 707 Vt. St. This is a Monday, not Tuesday, as the Lawrence Journal-World reported. The program is free, and copies of the fictionalized autobiography The Learning Tree will be distributed for free, also.

In the library "Connections" newsletter, David Parks is quoted as saying: "The Learning Tree is the most important book that my father wrote becuase it was a stepping stone for him personally and professionally. It allowed him to write about the experiences he lived growing up in Kansas in the 1920s and it let to his directorial debut as a filmmaker."

I met David Parks last fall at the first Kansas Book Festival in Wichita, and he is an outstanding speaker with a fascinating life story as well. He talked about the Shaft movies and how they shaped the entire family's future. The movie business is so difficult and competitive that most partnerships are family members. As a child and young man growing up in New York, David helped his father and siblings make and promote movies. This business continues.

This event will center on The Learning Tree. Sean Alvarado has encouraged me to also look at the Gordon Parks memoir Choice of Weapons. I need to get to the library and check out a copy! Although his film and photography careers were more celebrated than his other achievements, Parks also wrote fine poetry. In one interview I read years ago, he said he enjoyed writing poetry more than any other art form. One of my favorites of his is this:


The Funeral, by Gordon Parks

After many snows I was home again.

Time had whittled down to mere hills the great mountains of my childhood.

Raging rivers I once swam trickled now like gentle streams

and the wide road curving on to or or perhaps

had withered to a crooked path of dust

Only the giant that was my father remained the same.

A hundred strong men strained beneath his coffin

when they bore him to his grave.

Here's the link to the Lawrence Journal-World article:
http://www2.ljworld.com/news/2007/jan/28/nearly_year_after_fathers_death_son_visits_gordon_/