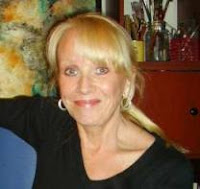 
Writing is Patricia Traxler’s life. Besides being a fine, fine poet herself, she has developed writing programs for the hearing-impaired, for seniors, for victims of domestic violence, and for mental health and stroke patients. And she founded the Salina poetry reading series. To all of these tasks, she brings the skills of a well-schooled, sophisticated versifier. She studied with Nobel winner Seamus Heaney, and she has national book publications. However, in an interview, Traxler avers that her “most important and rewarding work” is with disenfranchised populations. She grew up in San Diego, and since the late 1970s, she has lived in her grandparents’ house in Salina.

Reading Traxler’s work is like having intimate conversations with a narrator much like herself. She draws on her own Irish Catholic–and also Native—background, as well as her perspective as a woman. Her poems are spare stories that sometimes include romantic details. Often, she animates poems with the drama of relationships.

In “Why She Waits,” the sky and the earth are husband and wife. Their tension arises from anticipation. Despite the “plain and faithful” landscape of late winter, even the drab and common starlings understand that renewal is about to occur. The “nightly” return of sky to earth is not a vivid kindling of male and female, but rather a routine of their relationship. Amidst this humdrum scene, however, a larger drama will unfold as snow melts into soil, and a new season is about to begin. The entire poem answers the title question about the “wife’s” patience.

Another night: late winter falling
on the prairie like a nightly husband
no longer impassioned but knowing his rights
and duties

The snow no longer quite conceals
what for months has gone
unnoticed: the land, plain
and faithful beneath it
holding out

for something no one can describe, something
the starlings whisper about, evenings
in the melting snow, something
they look for
in the cold winter grass.