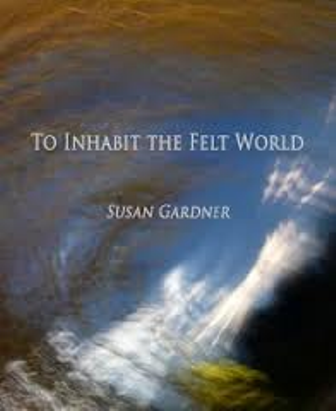 Two of my friends have recently published books that create intertextual dialogues between visual sign systems and language. 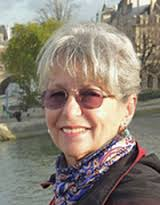 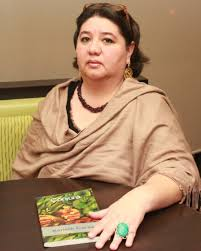 Xánath Caraza’s Noche de colibries (Hummingbird Nights) has fourteen color illustrations to interplay with the Spanish and English verse. The two languages are eerie echoes that do not quite repeat each other exactly, but instead create overtones of each other. “Nocturno” ends “Los recuerdos se borran/Con la luz cagadora” and “Memories fade/with blinding light.” The recursive, continuous motion of noches/night emerges from the Spanish, while the English is more final. The image, a saguaro cactus and other foliage profiled in pink sunset, makes both more vivid. The painting, by Thomas Weso, is entitled “Superstition Mountain,” which adds further overtones to the complete experience. The title poem refers to the cover painting by Heriberto Luna, “The Galactic Tree of Life,” and it begins, “Hummingbirds take flight to/ Curled branches/Filigree in amber as fruit is born” and “Vuelan los colibries sobre/Las ensortijadas ramas/Filigrana de ámbares como frutos nacem.” In both of these, the “filigree in amber”/”filigrana de ámbares” has more equivalence, the languages merging. In both, the hummingbirds turning into fruits is a stunning image, illuminating the visual image. Caraza’s previous chapbook Corazón Pintado (TL Press 2012) showcases her aesthetic further, as well as Conjuro (Mammoth 2012). Noche de Colibries, a 62-page book from Pandora lobo estepario Productions Press, is an important addition to her growing works. Caraza has insights into how translation from one image to another is a continuous act of creation, just like moving from one language to another. Translator Stephen Holland-Weme elevates the lyric quality of the English.

Susan Gardner’s Inhabit the Felt World reflects her arts background—she is a  professional artist. She understands the implicit images within language. Colors blare from her verse, like “skin blood burnished” (“Desiderata”), “motionless pewter sky” (“Snowy Day”), and “verdigris-bronze head on the wall” (“Garden Bench”). Another stanza from “Garden Bench” shows her ability to make time’s subtle motion visible to the reader:


of the river’s underground channel


aslant in the slippery loam.


She also understands how language creates its own hues, as in the last stanza of “Garden Bench”:


foundered in the torrent


the reader of stone in the rain.


Here, repetition of “found” creates its own harmonies, resonating within script. One of her most astounding poems is a love poem, “That Day,” which begins:


Knock your elbow against the edge of the door,
the funny bone sends a thrill of shock


right to your brain.

On this hot morning


Balance, perspective, foreground and background—all of these appear in the work. Gardner’s beautifully produced book informs the deep structures of geography. She writes about the bedrock, the “Antediluvian fossils,” and the continuous motion of the natural surroundings. The poet is aware of each passing moment, and she is able to capture the pain of its loss. This tragedy creates painful beauty. To Inhabit the Felt World is available through Small Press Distribution.